A major interior design company approached Soundhush acoustic panels to solve the echo which was being created by the hard surfaces of walls and floor. Staff members complained they were being disturbed from noise of other colleagues sitting in the same open plan office which resulted in staff not being able to focus.

To create a pleasant sound environment and achieve good speech clarity, Soundhush provided Shush Raft suspended acoustic panels which offered the highest sound absorption (Class A). The client wanted a modern yet colourful appearance and decided on the acoustic rafts to be in circles which were suspended on suspension kits in various colours.

The acoustic rafts created a much quieter open plan office with the installation of the acoustic ceiling panels. This automatically resulted in better productivity from staff and a better working environment. 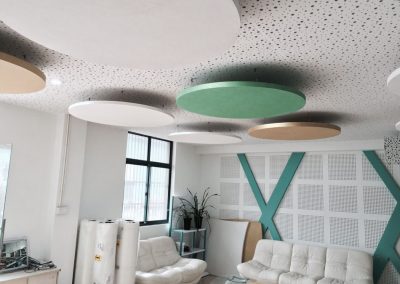 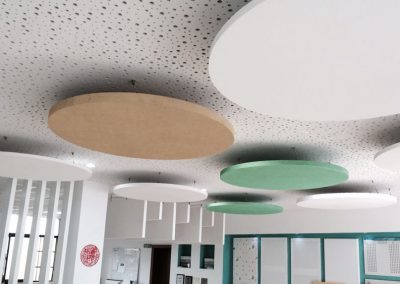